A Chronic Pressure Headache May be More than a Migraine (Diagnosis, Part 2) 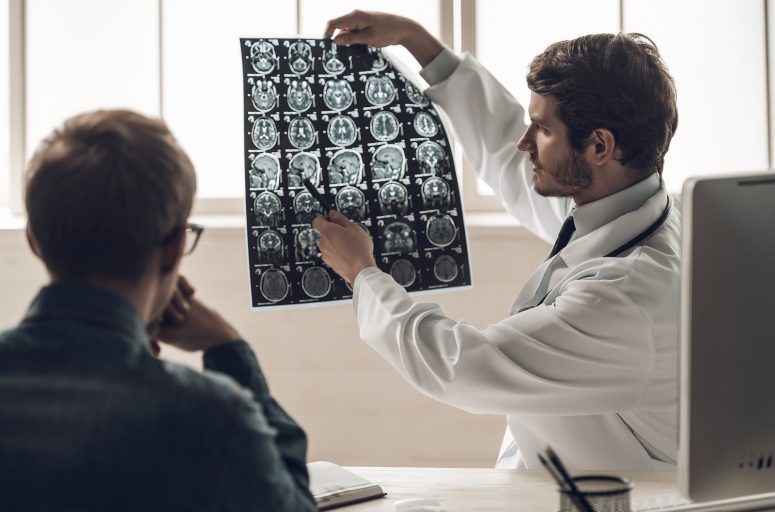 In Part 1, we ended with a list of symptoms, mainly surrounding a chronic pressure headache. This lead me to getting in contact with a chiropractor in NY, Dr. Rosa, who performs MRI-guided Atlas Orthogonal adjustments and had helped create a form of trauma imaging, that shows the flow of CSF.

I spent a few months getting new MRIs (2018) locally, and sent them to New York, while going back and forth on the phone with their office, trying to get all the information I needed in planning the trip. This all occurred over the holidays of 2018-2019, but I finally got a video meeting with Dr. Rosa so he could briefly walk me through my most recent MRIs to explain why he needed to see me for more imaging and adjustments.

In talking with him directly for the first time, I found him to have a very gentle nature. He was unlike any doctor I had seen before. He was patient, understanding, and passionate about helping people’s bodies to heal.

He showed me how my dens was protruding, potentially blocking CSF flow. There was also moderate blockage from the cervical spinal stenosis and a severely herniated disc in that same area. He also saw the large forward translation of the Atlas (C1) that the rehabilitation specialist from Norway had seen, and then I asked about the jugular blockage issue, which he also saw in the MRI, and mentioned that he saw it often in similar cases, but noted that more imaging would need to take place in New York before he could get a clear picture of all that was going on.

I cried when we finished the video call. Just knowing that someone else knew what I was going through and could understand, and start to put the pieces together, was overwhelming after so much time spent searching for answers.

So, off to New York I went. And, both the trip and seeing this guy was pretty expensive, but after 7+ years of pressure headache pain steadily decreasing my quality of life, I was ready to do anything – I felt like I had already done everything else.

When we arrived at the imaging office to get my new MRIs in Spring of 2019, I was nervous. Nervous about having to retell my long and confusing story, nervous about being in another MRI machine, and nervous about what my diagnosis might be.

My nerves were settled when Dr. Rosa came out into the lobby and sat down across from me and asked me to tell him my story. He left no stone unturned. He inquired about what I said, asking for specific details about my seemingly random symptoms and pressure headaches. His voice was filled with compassion and he referred to me as “dear” when he spoke. He wanted me to be as comfortable as possible, offering me pillows and making sure I fully understood what to expect.

After our talk, he took me back to the MRI room and explained exactly how things were going to work and how long each segment would take. There would be a c-spine MRI, with a short “motion study” towards the end of the MRI, and where I would be scanned as my neck was adjusted from flexion to extension in tiny progressions.

Thankfully, it was an upright MRI machine and there was a TV in there I could watch as a distraction, but even with a pillow behind my head, I started to get a pressure headache in the back of my head, and by the end of the MRI, I was in tears. Dr. Rosa immediately came in the room and asked if I needed a break. There was only 10-12 minutes left, so I pushed through, but he stayed in the MRI room with me until it was over.

Soon after, my husband and I were escorted into the room to see the results.

The results are complicated, as over the years, there has been a waterfall effect of past traumas to my head, resulting in a lot of scarring and postural changes over time. Many people have accidents and falls over their lifetime that can result in similar effects, without ever knowing it.

The radiologist’s report for my MRI is 20 pages long siting every little abnormality and ischemic risk under the sun, but I will only summarize the most problematic issues found in my imaging. There are three main things at play here:

CSF was getting into my brain, but it was limited and would get slowed or stuck, with several “choke points” being created in areas it needed to use to get back out of my brain. In viewing the images up close, I could actually see the CSF in all it’s glory, as it appeared white and “clouded” around my brain on the MRI.

It, literally, looked like “brain fog”, which was also a symptom of mine.

Proof of intracranial pressure, and why I was having pressure headaches, could also be concluded through the following, sited on the lab report, “Distention of the CSF spaces in the Meckel cave regions, accompanied by dural ectasia of the optic nerve sheaths, both findings having been directly correlated with intracranial pressure.”

There was a portion of the MRI showing the back of my eye, which appeared deformed. It’s normally supposed to be rounded and smooth all the way around, but mine was pushed in slightly around the edges, misshapen. This was due to the intracranial pressure.

This image was something that stuck with me, and helped me understand the severity behind my chronic pressure headache.

So, the main diagnosis ends up being a significant C1 misalignment, and although the upper cervical spinal stenosis plays a huge part in it, Dr. Rosa is focused in the field of chiropractic as it relates to cognitive disease. Spinal stenosis is degenerative, and I may need non-invasive surgery at some point.

What this diagnosis had me immediately thinking about was all of the hundreds (possibly thousands) of times I’ve been adjusted by numerous different chiropractors. Why hadn’t this been found and corrected when it could have been easily done? Why didn’t I feel better after correction? And, why did I never hold any of the corrections for more than a day or two?

In the first post of this series, I mentioned seeing a NUCCA specialist who refused to adjust me because my Atlas (C1) was “perfectly aligned”. I think the problem here was his measurements were X-ray based, so he could not see the rotation; only the lateral angle of the Atlas, which was probably appeared perfect at the time I saw him.

What about other chiropractors? When the Atlas, or C1, is out of alignment, it can throw several other discs out of alignment. Most of my chiropractors were focused on correcting the wrong discs – C2 and C3 – aggressively, manually, or with strong activator tools. Most would catapult me into an intense headache afterwards.

What about the orthogonal chiropractor I saw before heading to New York? Well, as I mentioned in the previous post of this series, he was not using the orthogonal instrument correctly, as it should ONLY BE USED ON THE ATLAS. That’s why it’s called Atlas Orthogonal, and yet he was using it on my C2 and C3 instead of my C1. Please be weary of anyone who corrects you using this instrument on anything other than your C1 (Atlas).

As for not holding many of the adjustments above, I think that a lot of the time, they were adjusting the wrong vertabrae, but on top of that, my neck muscles and tissues have been trained over the years to be in the wrong place, and were weakened over time. They couldn’t hold the adjustments. Things had just gotten too overwhelming for my body to self-correct, or even benefit from standard chiropractic care.

Where does this leave me and my complicated pressure headache?

I was stricken with both relief and quite a bit of anxiety throughout my appointments, but mostly when being educated about all the things playing a part in this “puzzle”, as it relates to my brain and neck. It was a lot to take in and process, and I admit that I felt pretty overwhelmed with it all.

The relief was in knowing that I wasn’t crazy. I wasn’t imagining the pressure headache or symptoms. They were real. Things were wrong.

But, what do I do about it now? This had been developing and progressing for years. What’s next? Surgery? Is there even any help for me at this point? How dangerous, long-term, complicated or expensive would the treatment be, if there even was one?

These questions and more will be answered in Treatment, Part 3.

I’m not a health, nutrition, fitness, or medical professional. Please research and talk with your physician before making any changes to your lifestyle or health regimen. This is my personal health story, not a diagnosis or recommendation. 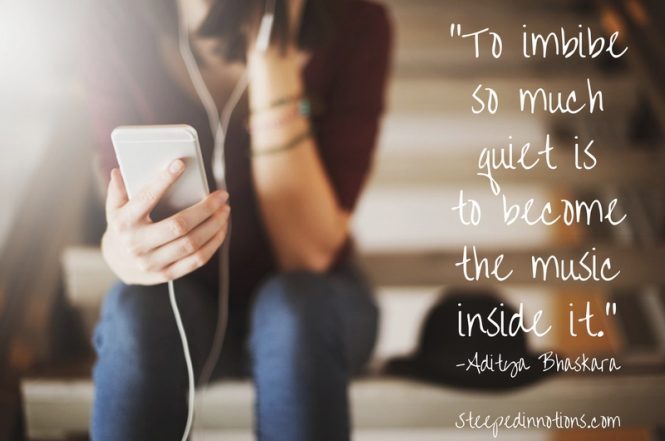 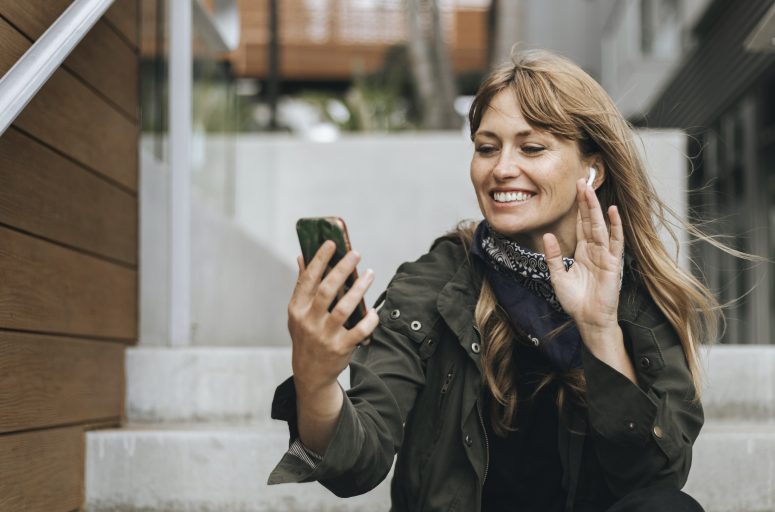 Can you hardwire happiness?